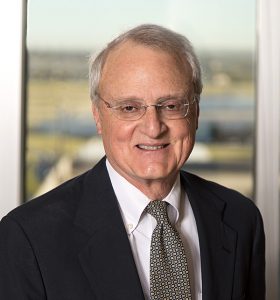 He has been a member of the Texas Supreme Court’s Advisory Committee on Rules since 1993. He taught as a visiting professor of law at St. Mary’s University School of Law from 2004 to 2007.

In October 2017 he became Of Counsel to Prichard Young LLP in San Antonio. He continues to arbitrate and to sit from time to time as a visiting judge.