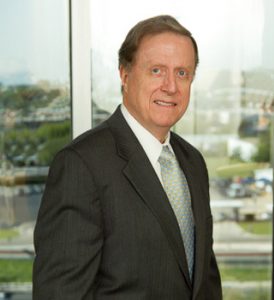 Glenn has practiced law and litigated over 170 criminal and civil jury trials in Texas state and federal courts over the course of his 40-year legal career, and has particular expertise in Qui Tam litigation. He brings a wealth of government practice experience to PY, including 20 years as an Assistant United States Attorney with the Department of Justice where he investigated and litigated federal civil and defensive matters with primary emphasis on defense contract and health care fraud cases.

He has extensive experience with Qui Tam matters involving government procurement fraud and federal medical care programs, and has negotiated multi-million-dollar settlements on behalf of the U.S. Government with major defense contractors and health care institutions throughout the United States.

Glenn also completed over 30 years of service in the U.S. Army Reserve and retired as a full Colonel in the Judge Advocate General’s Corps, which afforded him substantial exposure to a broad range of federal government programs. The combined experience of Glenn’s Justice Department and military careers enables PY to offer clients valuable real-world advice and counsel in a wide variety of federal and state Qui Tam issues.

He serves on the boards of local charitable organizations, and has also enjoyed his involvement over the years in various humanitarian projects in Central America. Glenn loves to travel, and is partial to Honduran cigars, political biographies, and bicycling.